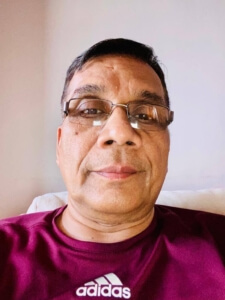 DISE (District Information System for Education) which later become the UDISE and is now popularly known as Unified-DISE or UDISE-plus was initiated in 1994-95 at the time of launching one of the mega programs of the Government of India toward universal primary education i.e. District Primary Education Programme (DPEP), over a period of time in a phased manner the same was extended first to the entire elementary level of education (Sarva Shiksha Abhiyan) and later to the secondary and higher secondary level of education (RMSA). The entire collection of school education data is being managed through the UDISE which has become the only source of statistics on school education in India with effect from the year 2012-13, the year in which the UDISE got the status of official statistics and all parallel collection of the information system was abandoned and UDISE remain the only source of information on school education statistics in India.

Over a period of time, efforts were made to further improve the reliability and consistency of enrolment data among which the introduction of SDMIS in sync with UDISE in 2016-17 was the most prominent one which was initiated by NIEPA in consultation with the Department of School Education of the Ministry of HRD/Education. A specially designed SDMIS Data Capture Format was launched which initially had a total of 41 parameters and the idea was to generate UDISE enrolment based on the details of individual student information. Apart from the inconsistency of data, mismatching of enrolment by category, the medium of instructions, and age was another major issue because of which UDISE enrolment data was not considered reliable even though time lag in educational statistics was brought down from earlier 7 years to less than a year at the national level and only a few months at the state and district levels apart that all data gaps were bridged and the same was made available to users at all the levels, such as cluster, block, district, states and also at the national level.

An online portal was developed to meet the challenge of developing a student information system as part of UDISE for which a specially designed EXCEL sheet was developed which did have a provision to record the individual student information in a class/school in the off-line mode which also had a provision to upload the EXCEL sheet on the online portal; students record tune of the 210 million were uploaded in a record time in its very first year i.e. 2016-17. However, except for the Union Territory of Chandigarh, none of the other States and UTs could use the online data entry module of the SDMIS portal mainly because most of the schools did not have electricity, functional computers/laptops, or internet connectivity in school because of which provision of uploading student information through EXCEL Sheet was made available. On the other hand, a few states by then have already developed their portals through which they initiated the collection of individual student’s information but still were not using the same to submit UDISE aggregate enrolment. However, about 10-12 states could submit their student data to the online SDMIS portal of NIEPA for which special provisions were made for such states to upload their already available student information. Only because of such efforts, as has already been mentioned a total of about 210 million student records with the majority with Addhar Number were uploaded onto the SDMIS portal. Still, except Chandigarh, none of the other States/UTs could use student data to generate UDISE enrolment tables. Before the states could use the students’ data to generate UDISE aggregate enrolment by category, mediums of instruction, and age, the SDMIS portal was discontinued the following year i.e. 2017-18 for unknown reasons. Had the SDMIS not been discontinued, the same would have been developed as a full-fledged online student tracking portal by now through which all the enrolment tables of UDISE would also have been generated based on it! We have missed a great opportunity to further strengthen enrolment statistics.

Following National Education Policy (NEP 2020), the need for a student information system is being reemphasized because of which it has come known that SDMIS as a part of UDISE+ is being revamped a fresh from the year 2022-23 for which a draft SDMIS Data Capture Format exactly on the lines of NIEPA’s SDMIS launched in 2016-17 has been designed and is being discussed with the states. In all probability, the SDMIS as a part of UDISE+ may be launched by the Ministry of Education from the year 2022-23 with 30th September 2022 as its date of reference.

Soon after, UDISE was shifted from NIEPA, an online UDISE+ was launched by the Department of School Education & Literacy during 2018-19 data collection without improving the computer infrastructure in schools because of which the data entry couldn’t undertake from the schools in most cases as envisaged nor the UDISE+ has fully become a true paperless real-time system. UDISE+ still has 30th September (in a year) as its date of reference against the original planning not to have a date of the reference given planning to develop a real-time system. Most of the points that were made at the time of takeover before  2018-19 data collection (see MHRD letter to states, dated 29th May 2018, Annexure I concerning Shaala Kosh) are yet to be realized even though the UDISE+ national team is now much larger than the same before 2018-19 and is also technically sound. Unfortunately, academicians are not engaged in the process of UDISE+ data collection which is also reflected in its lone publication, namely the UDISE+ Booklet: 2019-20 & 2020-21; as of now, no publication has been released on school education statistics for the year 2018-19, perhaps the only case in the last 50 or more years.

Is the System Ready for Student Data Collection?

In terms of computer infrastructure, nothing much has changed in schools and even today most schools are not equipped to efficiently handle this mammoth task and do the data entry from the Office of the Block Resource Centre or the nearby located cyber-café. The table below presents UDISE+ 2020-21 data about the availability of computer and internet connectivity in schools. Therefore, before launching SDMIS as a part of UDISE+ from the year 2022-23, to begin with, all schools under Government management must be first strengthened for which it is believed that funds will be released as a part of the ongoing  Samagra Shiksha Abhiyan to strengthen schools concerning computers and internet connectivity. Even, if the EXCEL sheet is revamped and used to upload individual student data, the same would need a computer or a laptop to key in the student data in the off-line mode.

The table presented above clearly indicates that the majority of states are not equipped to upload individual student data to the online portal. On the other hand, a few States/UTs have provided these facilities to all of their schools but the number of schools compared to other states in such states is only a few. One of the other limitations in the existing UDISE+ setup is that the entire organization of the UDISE+ is still being managed by the contractual staff which is also true for other components of Samagra Shiksha. At the time of the takeover of UDISE management in the year 2018-19, temporary staff managing the UDISE was mentioned as one of the major limitations; one would like to know after the takeover, how many of these contractual project staff are made permanent or whether any permanent position has been created and filled-in to look into the management of UDISE+ data exclusively at block, district, state, and the national level?. The entire project is still being managed by the contractual staff. Consultants working to support Samagra Shiksha at the national level working for years were terminated recently two of them were exclusively working for the strengthening of EMIS through the UDISE+ at the national level.

Till the time schools are strengthened and equipped with computer and internet facilities, Block Resource Centre is the potential level at which schools reach for data entry must be strengthened both in terms of equipment and staff. Neither the system was ready for the online student information system in 2016-17 nor it is ready now because of which alternative arrangements, such as those made during 2016-17 SDMIS are required to be made to ensure that the time lag in data availability which has already increase after 2017-18 is not further increased which was one of the significant achievement all through the efforts being made to strengthen the educational management information system in the Country. Slowly but surely, we are moving losing one after the other. Annual Work plans under Samagra Shiksha are no more being formulated on the same year’s data; rather they are based on outdated data as old as two years.

Keeping in view the availability of manpower and computer & internet, NUEPA in 2016-17 during the process of SDMIS development provided a variety of options to users for data-entry which include:

In addition, NUEPA facilitated the uploading of previously available student data on the SDMIS portal which must also be made available to such states in the revamped SDMIS as a part of UDISE+ from the year 2022-23 onwards. There are at least 10 states; with a large number of students that have readily available student data which must be used in the national portal. Whatever now is envisaged would take a couple of years to take shape and become a full-fledged online tracking system. All this cannot happen overnight and will take time to establish. It is hoped that the points raised here will be considered at the time of launching SDMIS as a part of UDISE+. To begin with, to acquaint district and state MIS officers, technical workshops, like those conducted in 2016-17 will be required to be conducted much before the data collection is launched on 30th September 2022 which is not far and approaching fast but it has been observed that states are still finalizing the process of 2021-22 data collection?.

Some of the salient features of Roadmap are as follows:

Ad-hoc arrangements may not last long

UDISE took more than two &  half decades to reach this stage.  It can be termed as one of the most successful initiatives toward strengthening EMIS in India. It is disheartening to know that U-DISE is still being managed by a low-salaried contractual staff across the country. The salary of contractual MIS staff at block, district, and state levels varies from state to state. Many MIS Programmers and Data Entry Operators have been working for UDISE since its inception. As per the recommendations of the Review Committee on Education Statistics, a permanent, independent and autonomous body exclusively for Educational MIS needs to be created.

In addition, Officers working with the State Directorate of Education are generally not engaged in U-DISE+. In addition, the Directorate of Economic and Statistics also have statistical staff both at the state and district levels but, in none of the states, they are made involved in U-DISE. Similarly, at the national level, there are about 20 officers exclusively working for MIS and are located in the Statistics Cell of the Department of Higher Education of the Ministry of Education which is headed by the Deputy Director General (Statistics). Since UDISE is now the Official Statistics, data collection concerning school education as a part of the annual activity in the Ministry is now discontinued. At the national level, a separate Technical Support Group for MIS and other components of Samagra Shiksha has been created. Both the contractual and regular staff are required to work under one umbrella body which may be exclusively created for EMIS at the national level permanently. Similar structures are also required to be created at the state and district levels in due course of time.

Education for All in India: Home

Note: Users are requested to refer the original contents from the official website of UDISE+ and give full reference of the material used in any form.