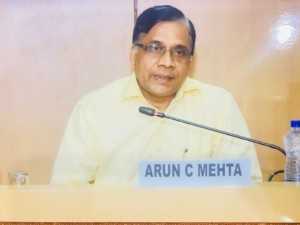 As mentioned in my recent writings (see link below), the UDISE+ computes dropout rate based on all schools and not on the common schools: common in both the years during which the grade-wise enrolment is considered in the calculation. If not based on common schools, the dropout rates obtained present an underestimate of the actual dropout rates.

Because of consideration of all schools, the dropout rate often presents absurd results; following the same methodology at the all-India level does not present the true picture of retaining the system’s capacity. Though, as mentioned above, the average annual dropout rate must be based on the common schools, from the UDISE+ portal, it is not possible to download enrolment data based on the common schools, given that an attempt is made to compute the state-wise number of students dropped out in between the years.

The state-wise number of children who dropped out between 2020-21 and 2021-22 indicates that in the case of primary level, fifteen states reported that not a single student dropped out as the UDISE+ reported ZERO dropout rate, which in most of the issues is, in fact, negative rate but reported zero. These fifteen states include both small as well as big states. Andhra Pradesh, Bihar, Delhi, Goa, Gujarat, Haryana, Himachal Pradesh, Karnataka, Kerala, Maharashtra, Odisha, Tamil Nadu, and Telangana are such states. A few such states also had no student drop out at the upper primary level of education; Goa, Delhi, Kerala, and Tamil Nadu are such states. States like Sikkim and West Bengal need further scrutiny as they reported zero dropout rates at the upper primary level but have an incidence of dropout at the primary level of education.

The state-specific number of dropped-out children indicates that the lowest 26 students dropped out in Lakshadweep UT at the primary level of education, against which the highest number of 7,33,692 students dropped out in West Bengal, followed by Uttar Pradesh (6,51,408 students). In the case of at least seven states, the number of dropped-out students is more than 50,000; Assam (2,22,374 students), Madhya Pradesh (2,31,178 students), and Rajasthan (2,99,514 students) are among these states. All states had a total of 24,50,633 dropped-out children at the primary level of education between 2020-21 and 2021-22, which is considered huge.

The state-specific number of dropped-out children in elementary classes reveals zero dropout children in Chandigarh, Dadra, and Nagar Haveli and
Daman and Diu, Delhi, Goa, Kerala, and Tamil Nadu between 2020-21 and 2021-22. Even though these states attain a zero dropout rate but the retention rate doesn’t suggest that all those who entered into the system five years back could be retained.

At least ten states reported dropped-out children in elementary classes, more than 100 thousand children, with the highest number of 9,74,025 students in Uttar Pradesh, which is followed by West Bengal (7,33,692 students), Madhya Pradesh (607384 students), Rajasthan (4,81,272 students), etc. On the other hand, eleven states reported a total of up to 50 thousand dropped out students in elementary classes; one of the major states, namely Karnataka, is also placed in this group. The states with higher numbers need to undertake disaggregated analysis of the level of block and find out who dropped out. Is it in rural or urban areas or boys or girls or the scheduled castes and scheduled tribes or minority children who tend to drop out more and initiate strategies to bring all of them under the umbrella of education to move towards the goal of universal school education with 100 percent GER by 2030 as envisaged in NEP 2030?