Ever since the DISE was initiated at NIEPA there was a practice to release the data in the form of District Report Cards and State Report Cards. Late professor Yash Aggarwal initiated the DISE at NIEPA which was initially part of the World Bank-assisted District Primary Education Programme (DPEP). Later on, DISE was extended from primary to the entire elementary level of education in 2001 and then to the secondary and higher secondary levels of education in 2012-13. From the year 20112-13, DISE is known as the Unified-DISE and it started to cover the entire school education in India and also it acquired the status of the Official Statistics and at the same time all the parallel collection of information systems in the area of school education were abandoned and UDISE remains the only source of information in India.

It was the year 2005-06 when for the first time the entire country got covered under the DISE and a grand release function was organized at NIEPA which was attended by a large number of data users from across the institutions. NIEPA started disseminating and releasing the annual data in large gatherings either at NIEPA, New Delhi or during the meetings of Joint Review Missions of SSA and RMSA. In addition, the Union Human Resource Minister used to release publications,  such as district and state report cards as well as Analytical Reports based on DISE data during the meetings most of which at that time were held in the Shastri Bhawan where the Ministry of Education is located.

The release of DISE/UDISE data further gets intensified when Prof. Arun C Mehta who was the Head of the Educational Management Information System Department of NIEPA/NUEPA assume the responsibility of DISE/UDISE at NIEPA in November 2001 after the sudden passing away of Prof. Aggarwal. Prof. Mehta got the full support of Directors and Vice-Chancellors of NIEPA/NUEPA from time to time and got arranged annual release function at NIEPA during 2002 to 2007. He got encouragement from the Late Prof. B. P. Khandelwal, the then Director of NIEPA in arranging the release function as well as from Prof. Marmar Mukhopadhyay, the then Joint Director of NIEPA which was later extended by Prof. Pradeep Kumar Joshi. Former Director, NIEPA.

DISE/UDISE has got full support from the Ministry of Human Resource Developmenty (MHRD) ever since the same was initiated in the year 1994-95 as a part of DPEP which has now been renamed the Ministry of Education. Ms. Varinda Sarup, the former Secretary of Education was always a great source of inspiration under her guidance, DISE/UDISE improved significantly and got recognition. It was only her suggestion to initiate the computation of the  Educational Development Index entirely based on DISE data (2005-06 to 2015-16) and also the idea of bringing out the UDISE Flash Statistics: Elementary Education in India, Where do we stand (2005-06 to 2017-18 at NIEPA). 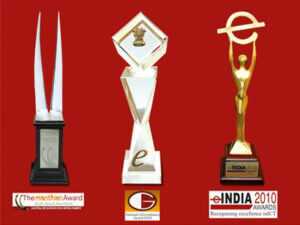 The District and State Report Cards as well as the Flash Statistics based on UDISE data were released by the Minister for Human Resource Development from time to time, Shri Arjun Singh, Shri Palam Raju, Shri Kapil Sibbal, Ms. Smiriti Irnai, etc. released DISE publications which used to receive wide coverage in both the print and electronic media.