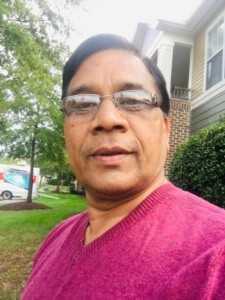 The backbone of the formulation of an education plan irrespective of the level of education is enrolment projections based on which various estimations, such as schools and school places, infrastructure, and other such provisions in school used to be based. Several enrolment projection exercises were undertaken in the 1980s and early 1990s but thereafter the same was discontinued especially once the centrally sponsored schemes were launched.

At one point in time, states used to extensively undertake enrolment projections, especially at the school level of education based upon which state annual plans were used to be formulated which were submitted to the Planning Commission for appraisal and approval meetings of which many a time were attended by the Chief Ministers. But the rigor to undertake enrolment projections was weakened and the last such major exercise was undertaken by Arun C Mehta (NIEPA 1995) as a part of the World Bank Project on Student Flow under the aegis of the District Primary Education Project launched in 1994. Emphasis was also laid down on the estimation of different provisions based on the enrolment projection during the initial period at the time of formulation of district plans under the DPEP but slowly the same lost the focus though DPEP Guidelines suggested the same. Even, the same couldn’t get due attention when the national wide, Sarva Shiksha Abhiyan was launched immediately after the DPEP came to end in the year 2000.

Projection and Trends of School Enrolment by 2025

It is heartening to observe that Vishal Dayaghan Pajankar & Sridhar Srivastava of the Education Survey Division of the NCERT, New Delhi has undertaken a Study on the Projection and Trends of School Enrolment by 2025 digital report of which was released on August 2022 by Director, NCERT, New Delhi. The study was approved by the Programme Advisory Committee of NCERT and had the following objectives: (i) To estimate & project school enrolment of children up to 2025; (ii) To find the trends of enrolment for the next nine years; and (iii) To provide the information about enrolment and future trends of enrolment for planning and policy-making. Based on the Advisory Committee recommendations, the study has rightly used Reconstructive Cohort Method to project the enrolment for Classes I to X at the state level, gender as well as disadvantage group-wise. This study is considered important and timely undertaken for which the authors need to be congratulated.

While analyzing growth in enrolment, the study used both the enrolment provided by the Ministry of HRD/Education as well as data (enrolment & repeaters) provided by NIEPA for the period 2005-06 to 2015-16 for primary and upper primary levels of education and the period 2013-14 to 2016-17, also the secondary level of education which the authors have described NIEPA data which in fact from the year 2012-13 has become the official data. The authors have rightly highlighted ups and downs and inconsistencies in enrolment data and mentioned that it was rather difficult to ascertain trends in enrolment data but failed to provide details as to how they have tackled limitations in data and its implications on overall enrolment projections. The Study has mentioned the following data sources:

A small write-up on educational statistics with a focus on UDISE+ data & its limitations would have added value to the Report.

The projected child population plays an important role in enrolment projections: both state-wise as well as at the all-India level, boys and girls, and for the Scheduled Castes and Scheduled Tribes population but in the absence of an official projected population, the authors have used one projected by  UNFPA (India) and P. M. Kulkarni (2018) for the period between 2011 to 2060. Incidentally, Dr. Kularni was also one of the Advisors of the Committee constituted by the NCERT to oversee the methodology and other aspects of the project on enrolment projections undertaken by Pajankar & Srivastava along with Prof. Arun C Mehta from NIEPA and others. Since now the Official Projections in India are available through the Report of the Technical Group on Population Projections (Based up to the 2011 Census) set up by the National Commission on Population, Ministry of Health & Family Welfare, Government of India (July 2020), the authors must have compared the Official Projections with one used in the present study (UNFPA & Kulkarni).

Maybe by the time, these data sets were made available in the public domain, the authors might have already finished projections based on data up to the year 2016-17. It may be observed that the UDISE+ 2017-18 was released about four years back which is around the time, the project was launched in the year 2018. At least, the authors must have compared the projected enrolment during the period 2017-18 to 2020-21 with the actual enrolment and checked the discrepancies, if any. If the discrepancies between the two sets of enrolment are significant, that would have allowed the authors to review whether the same is because of the input data or projected child population or because of the methodology/method used in projecting enrolment.

The comparison clearly shows that there is a reason to look into the methodology, especially at the secondary level of education which may be because of the input data at this level of education. It may be recalled that UDISE was extended to the entire school level of education consisting of Grades 1 to 12 and one data capture format was used first time during the 2012-13 data collection. Since the enrolment at the secondary level used in the NCERT study is in the initial years of unification, there may be coverage, consistency, and other issues which may have resulted in the overestimation of enrolment. Given this, as suggested above let there be a separate section that deals with the quality of data in detail but not as a passing remark about the quality of data that has been used in the present study to project enrolment. Another, possible reason for the discrepancy between the two estimates may be because of the projected population used in the present study comparison of which presented below shows a significant deviation between the two estimates, namely UNFPA and Offical Projections based on Expert Committee projections. The difference between the two in the total population is to the tune of 10.45 million in 2021 and 18.93 million in 2026.

The above Tables show a significant difference between the actual enrolment and one projected by the authors which is quite significant in the case of secondary enrolment. As an alternative, the authors may like to use, if possible the official projections as well as extend the time series of enrolment up to the year 2020-21 and see their implications on the projected enrolment which may be initiated as a separate exercise.

Readers are requested to use the original source of the report and may like to give full reference to the material used in any form.

Fall in school enrolment to continue till 2025, in keeping with …

Enrolment Projections in School Education in India: Has it become the History?

Education for All in India: Enrolment Projections by Arun C. Mehta, Vikas for NIEPA, New Delhi, 1998

Book Reviews: Education for All in India, Enrolment Projections

Education for All in India, Enrolment Projections, List of Tables, 1995

Education for All in India: Enrolment Projections

EDUCATION FOR ALL IN INDIA: ENROLMENT PROJECTIONS

Projections of Student Enrolment and Flows (The World Bank Project, 1995)