Data generated through the Unified District Information System-Plus (UDISE-Plus) collected as on 30th September 2019 was released on 1st of July 2021 by the then Ministry of Education.

Prof. Arun C Mehta who was associated with DISE/UDISE for more than 15 years has given his observations/comments on a wide range of issues ranging from coverage, data quality and consistency, online system and major outcome of data with regard to universalisation of school education in India which was reported in the both the print and electronic media. His observations can be seen below:

Prof. Arun C Mehta has raised a wide range of issues which, if implemented may help in improving the quality and consistency of U-DISE+ data.

UDISE+ 2019-20 enrolment indicators are based on child population provided by the Report of the Technical Group on Population Projections, National Commission on Population, ministry of health and family welfare, July 2020, which is a welcome development. It may be recalled that even the All India Survey of Higher Education (AISHE) 2019-20, brought out by the education ministry in June 2021, was not based on the official projections. The following new variables have been added to UDISE+ 2019-20 report, perhaps for the first time.

None of the tables have time-series information like statistics from three years that were available in the previously-published UDISE Flash Statistics. In the absence of this, one has to refer to individual year’s data which like UDISE+2019-20, is not available in the report form, one has to download from the portal. It would be better to bring out UDISE+ 2018-19 report in a more user-friendly format.

At the national level, most of the indicators are compared with 2012-13 UDISE data, the first year of the unification of DISE and SEMIS, but there no comparison of data for the years in between. 2019-20 data has been compared only to 2018-19 ones and that too for a few variables, such as number of teachers.

In addition to the indicators presented, a few indicators such as the source of drinking water, percentage of contractual teachers, GER of Muslim enrolment etc., should have found place in the report.

Table 1: Number of Schools (All Schools)

Source: UDISE & UDISE, different years. From 1994-95 to 2017-18, DISE/UDISE was maintained by NIEPA, New Delhi, and thereafter by the Department of School Education & Literacy, Ministry of Education, Government of India.

UDISE+ 2019-20 reported drastic decline in dropout rate at primary level of education from 4.5 percent in 2018-19 to 1.1 percent in 2019-20 which also need a close link. A priori as it seems that decline in dropout rate is because of considering enrolment of all schools in 2019-20 instead of common schools (as per 2018-19) which gives dropout rate an underestimate of the same. Prior to 2018-19, dropout rate at all the levels of school education was used to compute on the basis of common schools i.e. schools that were covered in both the years enrolment data of which is used to compute average annual dropout rate in view of which the recent dropout rate under UDISE+ in recent years is not comparable with the dropout rate in 2017-18 and previous years. Needless to mention that recently computed indices, such as Performance Grading index either by the NITI Aayog and/or Department of School Education of the Ministry of Education is based on dropout rate which is by logic is not free from the limitations.

UDISE data over a period of time suggests that most of the facilities in schools are improving. However, availability of computers and internet connectivity in schools is far than satisfactory. Only 39 percent schools have a computer and another 22 percent have internet connectivity which has become more important because of the COVID-19 pandemic as classes are being held online. This is also crucial for UDISE+ which is said to be an online paperless system. It is easy to imagine how schools manage without an online system. School officials or teachers rush to block-level offices and cyber cafés to upload and update data online.

Because of the online learning classes across the country, it is more important to have the devices and internet connectivity or data package at home. The National Sample Survey Office’s 75th Round data reveals that only 10.7 percent households in India have got a computer and another 23.8 percent have access to internet facilities. But the same in the rural areas is as low as 4.4 and 14.9 percent respectively as against 23.4 and 42 percent in the urban areas. This shows a wide gap in the availability of computers and access to internet facilities between rural and urban areas. One could easily understand the fate of students during a pandemic. One can expect enrolment to decline but at the same time, government schools can expect migration from private schools to its fold which is expected to be reflected in 2020-21 and 2021-22 data. 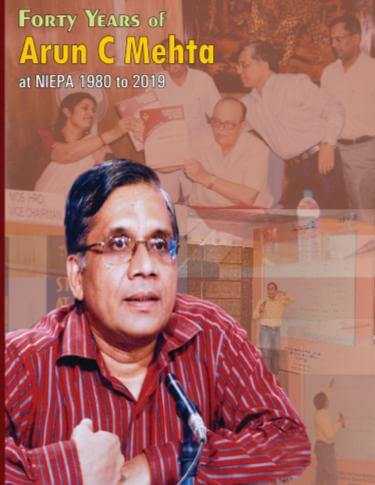